Finally, the 2016-17 "ontheroad" football season has ended. It seems a hell of a long time since the first pre-season game between Eastwood CFC and Blaby on 2nd July 2016.  Now as we enter the closed season it's time to summarise (although not in any great detail you will be pleased to hear!)

After the Eastwood game, a further twenty pre-season games followed before the season proper began on 6th August 2016 with a CMFL fixture - eventual champions Selston winning 3-2 at Blidworth. My final game was a visit to Sherwood Colliery to watch the Notts F.A. Sunday Intermediate Cup final between Attenborough Cavaliers and Ladybrook Local on 30th May 2017.  The time period?  297 days or 42 weeks and 3 days!! 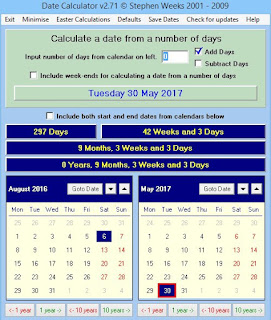 As the season progressed, Kev's outings became somewhat curtailed for one reason or another, and I was at times, "Billy No-Mates" at games!  Nevertheless, up to Christmas I had logged 122 games, and with the mild-ish, dry-ish winter, not too many games were called off and even if they were, there was usually a game at Basford or Eastwood's 3G pitches to fill the void.

After Christmas, and with work no longer an issue after my retirement, I decided to try and get as many games in as possible, hoping for 250 + at season's end.  Midweek afternoon football became an important part of my getting used to being one of the great unwaged, and these games along with several Saturday morning fixtures saw me  actually end up with a total of 285 games under my belt. Not bad for someone who likes to stay as local as possible to his Hucknall base.

The 285 games were, on the whole, watchable. A few were distinctly rubbish and some were not worthy of being labelled "football", but rough with the smooth, eh?  April 2017 saw me at 35 games and this was the highest monthly tally of the season - the total enhanced with the usual visits to local league's cup finals.

For season 2016-17, match reporting was never going to be a priority for me. The "ontheroad" blog series is now ten years down the line, and although my love of the game hasn't diminished since the first in blog appeared in 2007-08, the passion for writing match reports certainly has!

The blog for season 2017-18 is already active. Will I be able to surpass the 2016-17 match total? I doubt it. Will I regain my love of writing/reporting? Maybe - but don't hold your breath!  My aim for the season is for "ontheroad" to take in a dozen or so new grounds, and take in as many games as are available locally - will we succeed? Let's hope so.

Kev and I have purchased Basford United season tickets for the coming season - we have enjoyed our many trips to Greenwich Avenue over the past six or seven years, and watching its transformation from a fairly standard ground with fairly standard facilities to a state of the art 3G stadium, has been nothing short of amazing.  The season ticket covers the clubs 21 home games - still leaving us with 200-250 other games to go to - hopefully. 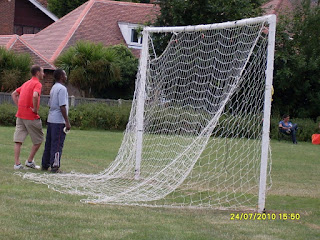 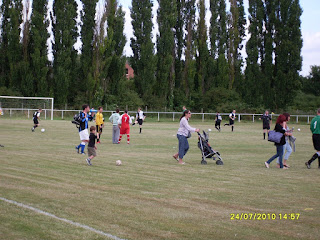 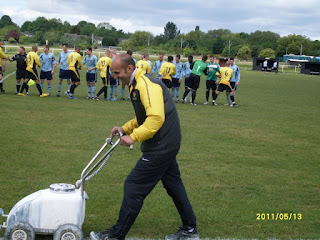 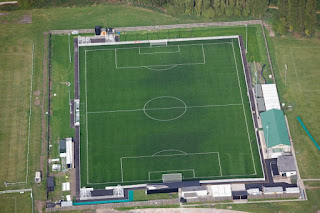 Many thanks to all those who still follow the site - after ten seasons I am still amazed at the number of views each week. Also, many thanks to the leagues for continuously improving their result publication times. In the bad old days it used to be 7:30pm before all the results were in - nowadays they are, with the odd exception, available at around 5:30pm. 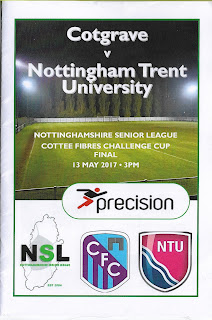 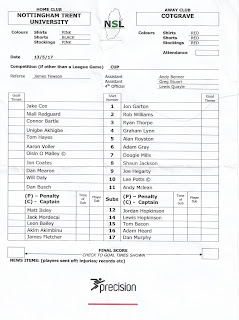 We decided to go to this game despite some concerns with parking, but upon arrival it became clear those fears were unfounded as there were sufficient personnel on duty to ensure cars were parked in an orderly fashion, with no-one even looking remotely like being blocked in.

Picked up a programme - unusual but not unheard of, especially at cup final ties.  There was a decent turnout, I reckon well over the 200 mark - and plenty of familiar faces on show. We spent the game in the company of Richard Lane, Pete Chappell and Maurice McFarland, and despite some initial black clouds in the distance, the rain held off and we were treated to a really decent game in what turned out to be very pleasant conditions.

Cotgrave were decked out in all red, whilst NTU were in a very striking pink kit - or to be politically correct I assume it would be called "coral".... The first real action of the game came in the 6th minute - Andy McLean's shot well saved by the legs of NTU keeper Jake Cox. Great block, but from the resultant corner, Cox was beaten when NTU defender Connor Bartle managed to steer the ball into his own net.

Two minutes later, Cotgrave's Lee Potts picked out fellow striker Shaun Jackson on the edge of the box, but the shot from the no. 8 flew just over the bar.

Cotgrave's lead lasted until the 41st minute - then a corner from the left found Dan Busch who connected sweetly with the ball and watched it sail past Jon Gorton, the keeper watching in admiration along with everyone else in the ground as it flew past him. Great strike! H-T 1-1 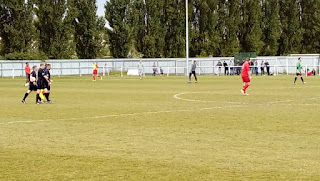 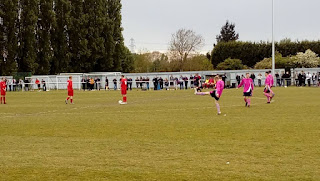 Cotgrave looked a little leg weary as the second half began, but some spring in their steps was restored on 55 when Adam Gray's speculative tame 18 yard shot looped over Cox's arms before nestling in the back of the net. Ten minutes later the scores were level again - this time Akim Akimbinu firing home from the spot after Graham Lynn had committed a foul in the box.

With ten to play, and most of us resigned to extra-time, Lee Potts received the ball just past half way, and raced into the area. Although Cox did brilliantly to parry the hitman's initial shot, Potts remained calm and simply side-footed the loose ball into the back of the empty net.

Still a few games on locally - until 30th May anyway!!! 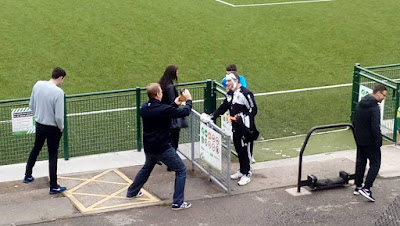 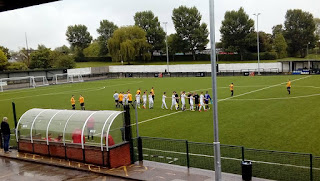 Back-end of the 2016-17 season - it is advisable to check your game of choice is still going ahead before travelling - I don't want to be held responsible if game dates/times/venues have been changed!!
Links to relevant sites are bold and underlined.

NSL DIV ONE
Ruddington Village Res 1-1 Calverton MW
Posted by Malc at 11:16 am

Links to relevant sites are bold and underlined. If you spot any errors, please let me know via twitter @ontheroadblog. 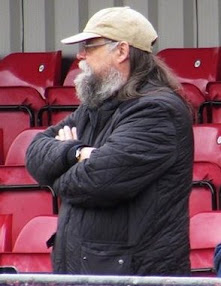 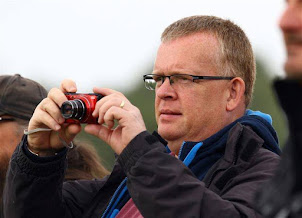